Market outlook for the 3rd quarter of 2021 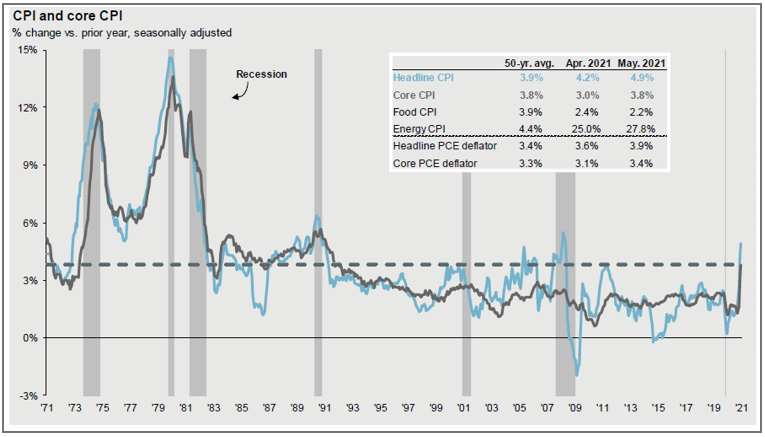 As SA continues to struggle with a third wave of COVID 19, we send our condolences to all who have suffered this terrible pandemic.

Good return of 6 months, but with constant volatility

The JSE All Share Index (ALSI) returned 7.5% in the last 6 months, although it fluctuated up to 5% per week, illustrating the continued uncertainty in world markets, mainly in due to the difficulty in estimating and stifling the negative effects of COVID 19. Fortunately, SA has had some positive political gains, despite the last 72 hours, which are bolstering some renewed confidence (albeit off a low base). However, the risks of the global economic outlook remain high in the short term, which makes the balance and diversification of the portfolio critical.

While we still believe that global industries will largely return to the way we knew it was pre-pandemic, there are still many hurdles to jump into, which may take a year or two longer than expected as the virus COVID 19 continues to present its multiple variants and different global responses are made.

Global markets continue to be one of the main drivers of the JSE – ALSI. The main global investment problems are:

Inflation is considered the biggest risk

Potentially high inflation will lead to rising interest rates, which will slow economic growth and reduce asset valuations. Currently, this is the biggest market fear posed by the question: is the current rise in inflation temporary (transitory) or is it a long-term threat? Our view is that this is a long-term threat, which we will discuss later in our Market Outlook section.

Last year, global debt rose to $ 281 million, driven by government stimulus that boosted economies to support economic growth. The big debate is how all this debt will affect future economic growth and the sudden rise will drive higher inflation. Pure economic theory would say “yes” to both, but investment markets seem to ignore it, while rising cash flows have pushed up asset prices.

The projected risks remain high, as countries treat the pandemic in different ways. However, the outlook has improved with the forecast for global economic growth from 2021 to 6%, compared to 4% earlier this year. Pre-pandemic economic levels are expected to be reached in 2023 with growth of 4.5% and 3% in 2022 and 2023, respectively. But economic activity in 2023 is projected to be 4% lower than the projected pre-pandemic.

An important factor in global growth is China’s recovery, which appears lower than expected and is supported by renewed stimulus from its banking sector as domestic demand declines. China is expected to grow by 8.5% and 5.5% in 2021 and 2022, respectively.

The monopolization of giant media companies (Facebook, Google, Tencent, etc.) has been marked as a major concern by various governments. China has been more proactive in implementing anti-competitive restrictions, which have begun to weigh on growth prospects. Given the dizzying high valuations of the sector, investment risks are increasing.

An overview is that value stocks (boring and boring companies) have outpaced growth stocks (new industry companies) over time. But according to the chart below, the value sector has fallen significantly from the growth sector in the last 15 years. This is due in part to an abnormally low interest rate environment that has bolstered growth-oriented valuations. With the cycle of interest rates starting to rise, it seems that the rotation of growth to value begins.

SA shows signs of positive policies, but implementation is a major concern

Positive political gains of the SA

The diffusion of the new Delta variant has driven the 3rd wave, which appears to be at its peak in certain areas with the help of the tight extended level 4 blockade. Unfortunately, the official seven-day average of 363 people has exceeded 294 in the first wave, with a total of 64500 deaths. However, according to a recent Discovery report, they estimate that deaths will be much higher around 150,000 to 160,000.

The government is reactive, as opposed to a 3-sensitive approachrd wave with general restrictions and poor implementation highlights the mismanagement of the pandemic. But the biggest concern is the slow deployment of vaccines, which highlights the government’s inability to implement them successfully.

Vaccines for every 100 people

The economic recovery of the SA improves, with a low base

Despite a disappointing slow deployment of vaccines, SA 2021 GDP forecasts have risen to 4.6%, from 3.5% earlier this year. This is due, in large part, to rising commodity prices, which have provided a good boost for revenues from 50 billion to 70 billion. However, the outlook for 2022 and 2023 still looks sadly low, at 2.4% and 2.5% respectively.

The strength of the Rand is driven by rising commodity prices

Commodity prices reach all-time highs. Iron ore, copper and platinum group metals triple their average prices. These abnormally high prices are unsustainable and, in our view, will revert to their means, except platinum metals.

The following graph shows an abnormally high rise in AE’s trade surplus driven by high exports (commodities) and low imports due to a weak demand economy. This cash flow has been the main driver of Fort Rand this year.

The Rand is fundamentally overrated

We believe Rand’s core value is R17.60 to the US dollar, derived from a purchasing power parity (PPP) of 14.1 plus a 25% risk premium, which is representative of the weak economic position of SA (a 3% 3-year debt / GDP forecast) and lack of skills to implement growth.

These markets predict low inflation and low interest rates over an extended period of time, which we believe is unlikely. A conservative investor approach is recommended, incorporating more value-based sectors and countries with emerging markets.

SA shares are fundamentally cheap despite the country’s problems

Almost all-time low interest rates are an important boost to the economy and valuations, which, in our view, do not have an SA equity quote.

Conclusion: Balance and diversification are key

The road to a full global economic recovery remains uncertain, which is reflected in continued market volatility. Serious risks, such as higher inflation, should be considered by diversifying into more value-based sectors.

Emerging markets and South African equities offer more attractive returns in the medium term and should be balanced in a global investment portfolio.

Rand remains vulnerable to global cash flows and commodity prices, making it very difficult to predict in the short term. But fundamentally, it should be weaker and hopefully the Rand will materially weaken in the medium to long term.

SA interest rates are expected to remain low over the next two years, which is positive for equities but negative for interest. Including a measured portion of equity risk in your portfolio is essential to achieving above-tax returns above inflation.

It is crucial to ensure that your investment portfolio is properly balanced and adjusted to fit your personal risk profile to achieve your goals.