Rotation of the sector to discretion only in the segment of large caps, with delay of small caps | RRG graphics 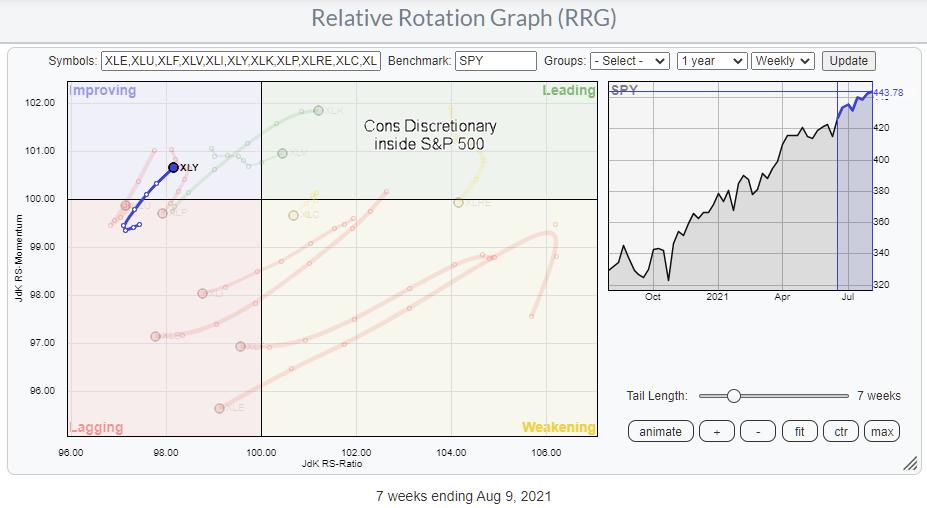 For the past few weeks I have been overseeing the rotation between large, medium and small capital segments.

In the various graphs of relative rotation, the deterioration of uppercase and, to a lesser extent, uppercase and uppercase letters is clearly seen.

While there is no “defined” relationship (is there such a thing?) Between the performance of small-cap stocks and the direction of the “market,” we often see that small-caps are the big drivers of rallies while they are the first to stop rising and / or start declining when the market is in trouble. And that’s what we’ve been seeing for a few weeks now.

Another great relationship for controlling and controlling general market conditions is Growth vs. Value. And right now, when plotted on a relative rotation chart, this gives a pretty clear preference for growth over value.

However, when I present the RRG that divides growth and value into size segments, an interesting observation also appears.

By the way, this RRG is available in the drop-down selection for universes on the RRG page

At the sectoral level.

Finally, we can make the comparison between large and small capitalization actions at the sectoral level by presenting the RRGs for both.

In general, the rotations of small-cap sectors are more or less in line with their large-cap counterparties. However, there is an interesting exception.

The almost opposite rotations show very clearly that the improvement in the consumer’s discretionary sector comes from large-cap stocks, while small-cap stocks in this sector are clearly lagging behind.

However, I continue to be cautious when it comes to stocks in general.