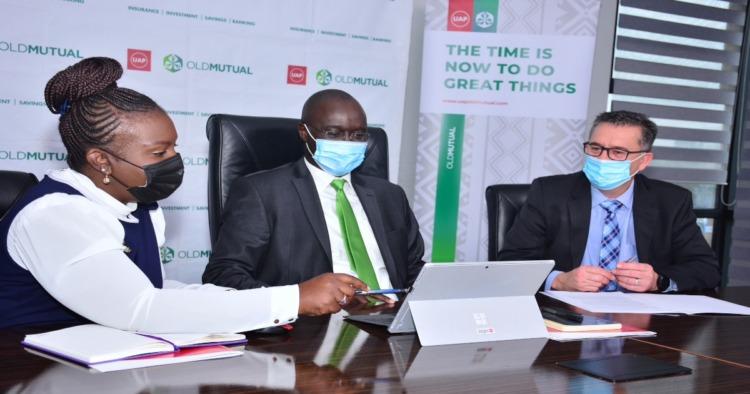 Regional insurer UAP Old Mutual Group has recorded a pre-tax profit of Sh552 million in the first half of the year, compared to a loss of Sh57 million in the same period in 2020.

The company has attributed the behavior to the strong growth of the initial line and the performance of the income derived from the recovery of the Nairobi Stock Exchange during the period.

Excluding the impact of the consolidation of the Old Mutual Life Assurance Company (OMLAC), the Group recorded a pre-tax profit of 518 million Shs.

Commenting on the report, Arthur Oginga, CEO of the group, noted that the performance of the business during the period was delivered in the context of the initial phases of the expected economic recovery, as the different countries operating work to return to normalcy while managing risks of the subsequent waves of the Covid-19 pandemic.

“In our Kenyan core market, we have seen positive results in the NSE indices and economic data for the first half of 2021, which speaks to the early stages of the recovery. The most outstanding aspects of our business in this period include a strong growth of the initial line, the return to the profitability and the positive generation of cash flows coming from the operations ”, said Odinga.

The firm has also decided to sell all of the company’s shares to UAP Life Assurance Limited (UAPAL) in exchange for UAPAL shares.

This caused UAP Holdings Plc to continue to exercise control, although its stake in UAPAL will be reduced from 100% to 55.7%, while the remaining 44.3% will be maintained by Old Mutual Holdings Limited.

Odinga said the consolidation of the two life companies is part of the simplification of the company’s corporate structure and that the UAPH results from the first half of 2021 are the first set of consolidated results that include OMLAC.

During the period analyzed, gross written premiums increased by 33%, driven by both short-term and long-term insurance.

Excluding the impact of the consolidation of the Old Mutual Life Assurance Company, investment income increased by 90%.

Net claims payable increased by 48%, in part due to the increase in medical claims related to Covid cases and the tightening of reinsurance conditions in 2021, which has led to a reduction in reinsurance recoveries.

Excluding the impact of the first OMLAC consolidation, net claims payable increased by 30%.

The Group has continued to work with customers affected by the pandemic and has supported them in receiving adequate care to recover.

Operating expenses increased by 2% compared to the first half of 2020. Costs have remained well contained thanks to the operational efficiencies resulting from the technological investments we have been making in recent years.

Excluding the impact of OMLAC consolidation operating expenses, they fell 8%.

Interest costs on loans fell 8% from SEM 2020, thanks to forex losses on dollar-denominated debt the previous year.

The company says it refinanced its dollar-denominated debt in the second half of 2020 and therefore eliminated the risk of currency mismatch.

Odinga added that the company’s strategy focuses on delivering an integrated financial services offering to its customers by leveraging the solutions provided to its individual business lines to deliver a unique solution.

“This will drive improved productivity to individual companies and, consequently, to the whole group.”